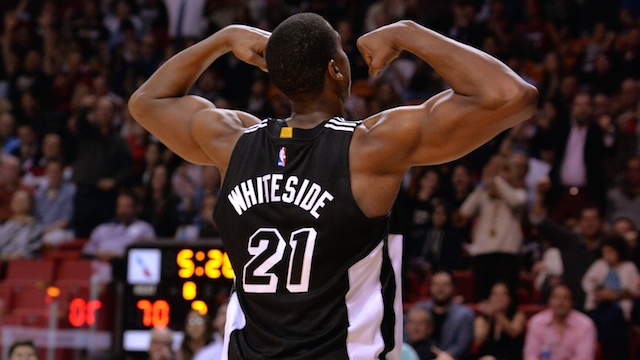 South beach Fall Sport’s Events – Football season has kicked off; basketball and hockey seasons are right around the corner, and there are plenty of other sporting events taking place in Miami this fall. So if you’re traveling to The Magic City and looking for some fun away from the sun, grab your game gear and head to any one of the following sporting events in the upcoming months.

It’s tough being a Miami Dolphins fan, as the team hasn’t had a winning season since 2008. But it’s still the hottest ticket in town. Although the team started the 2016-2017 season with losses against the Patriots and Seahawks, it rebounded against the Bengals and hopes to keep up the momentum. Luckily for those visiting Miami in October, when summer’s soaring temperatures start to slightly drop, the team plays at home for three straight weeks.

Although Dwayne Wade and LeBron James aren’t winning games for the Miami Heat anymore, the team’s young and talented roster will look to improve upon its stellar 48-game winning season last year in an effort to make the playoffs for the eighth time in the last nine years. The Heat’s first regular season home game tips off on October 28 against the Charlotte Hornets. For tickets and other information, check the 2016-2017 Miami Heat schedule.

While the Dolphins and Heat share the sports spotlight in Miami, the Florida Panthers still continue to attract a steady stream of fans to the BB&T Center on a yearly basis. Although the arena is closer to Fort Lauderdale than Miami, it’s still worth checking the Florida Panthers fall schedule and attending a game while in the area. The Florida Panthers start the 2016-2017 regular season at home against the New Jersey Devils on October 13.

Other Sporting Events in Miami This Fall

If you’re hoping to catch a sporting event other than football, basketball or hockey, consider these:

For tickets to and additional information about any of these events, visit Miami’s Ticketmaster website.If you’re searching for accommodations in Miami, look no further than the Beacon South Beach. Located just steps away from the beach and minutes from Miami’s sports venues, it’s the perfect place to stay when you fly to Miami to play.